ABSTRACT
Chlorine is an irritant gas, which is implicated in inhalational exposures and can affect the respiratory system leading to complications. We report a case of a 38-year man who presented in the Emergency Department (ED) after exposure to chlorine gas due to an industrial accident. During the course of ED stay, he developed gradual difficulty in breathing, which on investigation, was found to be related to the complication of pneumomediastinum. The patient required endotracheal intubation, but was difficult to ventilate. Bilateral chest tube insertion was performed, which led to the resolution of the pneumothoraces. The emergency physicians should be aware of such a case so that they can intervene.

Chlorine is a yellowish-green irritant gas, which is slightly water-soluble and almost two times heavier than air.1,2 Chlorine agents are frequently used for industrial and household chemicals, and for water purification in city water sources.1

The respiratory system is the most adversely affected of all organ systems by chlorine gas exposure.3-5 Complications can include acute respiratory distress syndrome (ARDS), respiratory failure, pneumomediastinum and death.1,6

In this paper, we report a rare complication of pneumomediastinum in a victim among various patients that presented after accidental chlorine gas exposure caused by gas leakage at a chemical plant in Karachi's industrial zone.

A 38-year gentleman presented to the Emergency Department (ED) after an industrial accident of chlorine gas leakage, resulting in hospitalisation of 50 victims. The patient presented with complaints of cough and chest heaviness. Vital signs on arrival were: blood pressures: 138/94 mmHg, heart rate: 120 beats per min, respiratory rate 24 breaths per minute, oxygen saturation 98% on room air. He was afebrile. His systemic examination revealed decreased bilateral breath sounds with poor inspiratory efforts.

There were no significant central nervous system, cardiac or abdominal findings. The patient was nebulised and provided non-invasive mechanical ventilation (NIMV).

The patient was shifted to the observation area. His regular nebulisation did not seem to alleviate symptoms and the patient continued to remain dyspneic. After two hours of ED stay, the patient developed neck and chest pain along with respiratory distress. The evaluation revealed subcutaneous emphysema, and swelling with crepitus, which could be felt bilaterally extending from the neck up to the upper thorax. Immediately, a repeat chest radiograph was performed (Figure 1). 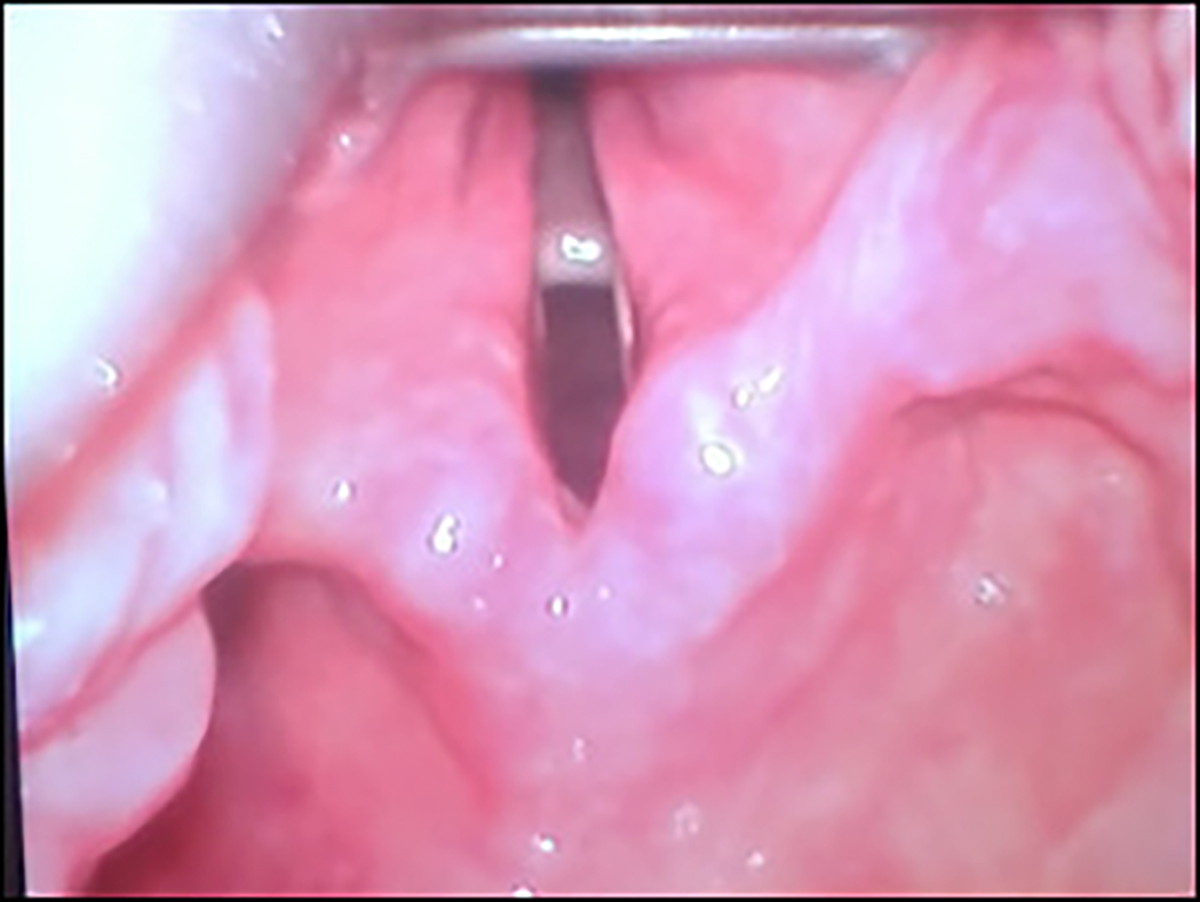 Computerised tomography (CT) of the neck and chest with intravenous contrast was performed to find the cause and extent of the damage process. The findings of CT were extensive subcutaneous emphysema of the neck and pneumomediastinum, pulmonary interstitial emphysema, and a linear air density in close approximation to the right posterolateral wall of the trachea at the level of the superior margin of sternum, raising a possibility of tracheal injury.

The patient was difficult to ventilate due to expanding subcutaneous emphysema and had to be taken on pressure control support of ventilator with a maximum tidal formation of 250 ml. His next set of arterial blood gases (ABGs) showed severe respiratory acidosis with a pH of 6.89 and pCO2 of > 135 mmHg. The patient was manually bagged and serial ABGs were done which showed interval improvement in the pH to 7.17 and pCO2 levels to 69.3 mmHg.

The patient was admitted to Medical Intensive Care Unit (MICU). Cardiothoracic and ear nose and throat (ENT) teams remained on board, advising to manage the tracheal injury conservatively. After 10 days of MICU stay, the patient was successfully extubated and shifted to the special care unit, where he was mobilised; and after removal of chest tubes, the patient was discharged home in a stable condition to be followed in the clinic.

Hemodynamic parameters can change and result in tachycardia and tachypnea. Our patient exhibited these findings after a few hours of exposure, which made us to think of complications, such as pulmonary embolism, pulmonary oedema, pneumonitis; and as a rare complication, pneumomediastinum.1 The patient developed subcutaneous emphysema on the neck region sometime after exposure, which was highly suggestive of pneumomediastinum, and was confirmed on interval chest radiographs.

The pathophysiology behind spontaneous pneumomediastinum has already been described.4 Trigger factors contributing to an increase in the pressure gradient between the alveoli and the interstitium, result in alveolar rupture resulting in dissection of air into the mediastinum.5 It may happen after a severe strain of cough.1 This is also the probable mechanism of pneumomediastinum in our patient, which occurred after a violent episode of coughing.

ED clinicians must be aware of judging such life-threatening and innocuous complications such as pneumomediastinum as per the clinical scenario. This case presentation draws much-needed attention to a potentially dangerous complication as a result of an industrial accident.

Chlorine is a potent inhalational toxin and can result in disastrous consequences. ED clinicians should be aware when treating such cases; and should attentively follow such cases with high index of suspicion in order to perform timely interventions and prevent complications.

PATIENT’S CONSENT:
The consent of the patient was taken prior to the writing of the manuscript.

AUTHORS’ CONTRIBUTION:
Both the authors are responsible for the concept, literature review, drafting and final approval of the manuscript.