MHC class I related chain (MIC) antigens are surface glycoprotein and are expressed on endothelial cells, epithelial cells, dendritic cells, fibroblasts and on many tumor cells but not on lymphocytes.3 Antibodies against these MIC antigens are associated with increased incidence of graft loss in the recipients who are fully HLA matched.4

Anti HLA antibodies may develop with previous blood transfusion, pregnancy and transplant; and degree of sensitisation is stronger and more prolonged when different factors act together.5 A high PRA means that the individual is primed to react immunologically against a large proportion of the population.2 Sensitisation has a major impact on patient mortality and morbidity due to prolonged waiting time and may delay transplantation.6 Each population has different demography of HLA antigens and so the PRA test will be different in different ethnic groups.7

Presence of panel reactive antibodies in pre-transplant recipients is associated with increased incidence of early/latent graft loss.8 A study conducted by Meng et al., evaluated the presence of anti-HLA antibodies in kidney transplant recipients in 73 PRA pre-sensitised recipients compared with 81 non-sensitised recipients; and clinical follow-up was recorded at 24 months. In the 73 sensitised individuals, the rate of rejection and graft survival was 35.6% and 80.8%, respectively as compared to 81 non-sensitised cases, where rejection and graft survival was 18.5% and 95.1%, respectively, showing a significant difference.9

The subject has been an area of extensive research with clinical application of paramount importance. In Pakistan, no previous study, to the best of our knowledge, has so far been conducted to find out and document the panel reactive antibodies and its effect modifiers such as blood transfusion, pregnancy, re-transplant and infections.

The aim of this study was to determine the individual and collective significance of PRA and its effect modifiers in renal pre-transplant compatibility of donors with potential recipients.

A descriptive cross-sectional study was conducted from October 2016 to October 2017 in which 162 patients, who were referred to the Department of Immunology, AFIP for pre-transplant workup of kidney transplantation, were included. Patients of Pakistani nationality waiting for renal transplant were included and those with nationality other than Pakistan were excluded. Informed consent was taken and detailed history was recorded. In this test, 3 ml of patient’s serum was mixed with the beads coated with MHC molecules. If patients’ serum contains anti-HLA antibodies, it will bind to these beads and secondary fluorescence labelled antibody attached to these anti-HLA antibodies. These fluorescence labelled antibodies are detected by Luminex machine.

Frequency and percentages were calculated for gender and PRA, Chi-square test was applied and effect modifiers such as transfusion, pregnancy and previous transplant were noted as these are the strong effect modifiers for HLA antibodies. 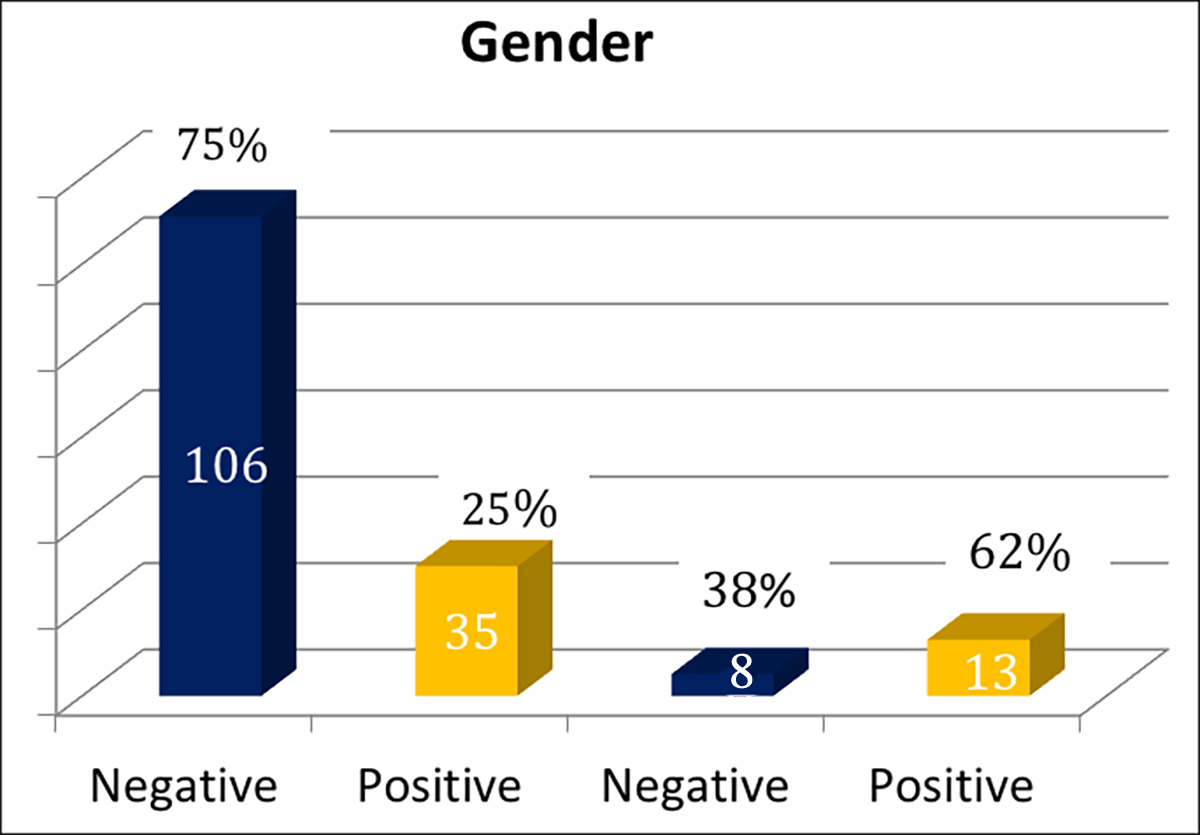 Data regarding frequency of panel reactive antibodies among renal transplant recipients is lacking in our region, especially in Pakistan. Presence of antibodies against HLA and non-HLA molecules, which may be directed against HLA class I and class II antigens and MIC antigens is a risk factor for hyper-acute, acute, chronic rejection and graft loss.1 Before transplant, panel reactive antibody (PRA) is done to identify sensitized patients.1

A study conducted by Mishra et al, in which 52 patients (male-36, femele-16) were analysed at Transplant Centre in Pune, India. The age of pa­tients ranged from 11 to 53 years (mean 34.7 years).1 The study of 52 subjects revealed 23% positivity for panel reactive antibodies1. In the sensi­tised category, PRA positivity was higher for class I than for class II1. This study has limitations of small sam­ple size. This study showed 30% positivity for PRA, which is a little higher. Furthermore, PRA against class l is more positive than those against class ll, which is same as in Indian study conducted by Mishra et al.1

In Romanian study, pre-transplant evaluation of 500 subjects were carried out which illustrated that out of these, 145 patients are sensitised. Among these sensitised individuals, 85 patients (17%) presented anti–HLA class Ⅰ antibodies, 19 patients (4%) presented anti HLA class Ⅱ antibodies and in 41 (8%) subjects, both class I and class II antibodies were detected.5 In the present study, 30% positivity was noted which is nearly equal to Romanian population. PRA distribution is also similar to that in this study. However, contrary to the present study, it lacked discussion of effect modifiers.

A study conducted at Baskent University, Istanbul Practice and Research Hospital, from January 2011 till December 2012, 620 patients diagnosed with end-stage renal disease and waiting for a renal transplant were analysed in this retrospective study at Transplantation Department.10 It was found that panel reactive antibodies screening positivity in 20.4% of patients on the renal transplant waiting list.6 Panel reactive antibodies were identified more against anti-HLA class ll antibodies in contrast to our study, which has more anti-HLA antibodies against class l probably due to genetic variation in different population.

Another study included 2,517 patients (1,428 males and 1,089 females), age ranging from 2 to 82 years, with chronic kidney failure awaiting renal transplant. They were tested for PRA by Tissue Typing Laboratory in Tepecik Teaching and Research Hospital (TRH), Turkey between January 2008 and June 2014.11 A total of 1,020 patients (40.52%) were PRA positive on the kidney transplant waiting list. Anti-HLA antibodies for class l were positive in 316 (13%) patients, class ll in 221 (09%) and both class l and class ll positive in 483 (19%) patients; while 1,497 (59.48%) of the patients were PRA negative.11 The present study has less PRA positivity as compared to the study, but PRA class l and class ll distribution pattern was same. Less PRA positivity in the present study may be because of small sample size.

A study conducted by Zou et al. at University of Texas on 1,910 patients revealed that MIC antibodies were present in 217 (11%) individuals.12 This study showed similar result as 9% of patients on transplant waiting list are positive for anti-MIC antibodies.

A study conducted by Darrel et al. analysed 1,816 non-pregnant females and 3,992 pregnant females. Among female donors, who reported a previous pregnancy, 973 out of 3,992 (24.4%) were positive for anti-HLA antibodies. He also observed that with each pregnancy, probability of sensitisation increases.13 In this study, 62% of females with history of previous pregnancies were positive for panel reactive antibodies, which is comparatively higher compared to the study conducted by Darrel et al. This may be because of poor antenatal care and frequent blood transfusions.

A study conducted by Hyun in Europe determined PRA identification on 674 patients (354 males and 320 females). In his study, he showed female to male ratio 60.3% vs. 34.2%;14 whereas, this study showed female to male ratio 65% vs. 25%. He also observed that PRA positive rates were significantly higher in patients with transfusion (33%), pregnancy (71%), or previous transplantation (77%) than in controls without any identifiable sensitization events (5.6%).14 This study showed that PRA positivity in patients with history of transfusion is 57%, with previous pregnancy 60% and two patients had previous transplant and both were positive for PRA. This shows our population is prone to more panel reactive antibodies when compared to European population.

CONFLICT OF INTEREST:
This study has no conflict of interest to be declared by any author.

ETHICAL APPROVAL:
This study is approved by Ethical Review Committee, Armed Forces Institute of Pathology (AFIP) Rawalpindi and ethical approval was obtained prior to initiation of the research work.

PATIENTS' CONSENT:
Informed consents were taken from all patients about the study and detailed history was recorded.