ABSTRACT
Objective: To compare the efficacy and side effect profile of different bortezomib-based triplet regimens for remission induction in patients with multiple myeloma (MM).
Study design: Observational study.
Place and Duration of study: Armed Forces Bone Marrow Transplant Centre, Rawalpindi from January 2014 to December 2018.
Methodology: A total of 81 patients of MM, were registered from January 2014 to December 2018. In final analysis, 44 out of 81 patients were included as per inclusion/exclusion criteria. Bortezomib-based regimens were used either as first line (in newly diagnosed) or as second line (in relapsed/refractory bortezomib naïve patients) therapy. Three different bortezomib-based triplet therapies were used (1) VCd, (2) VRd and (3) VTd. As there were only two patients in VTd regimen group so for study purposes VRd and VTd were grouped together, i.e. Vd with an IMiD. Response to treatment was assessed using the IMWG criteria. Comparison between different bortezomib-based regimens was performed in terms of their tolerability and response rate after four cycles of chemotherapy.
Results: Out of 44 patients, 79.5% (n=35) patients received bortezomib-based triplet regimen as first line therapy, and in 20.5% (n=9) patients as second line therapy. VCd was administered to 56.8% (n=25) and Vd with an IMiD was used in 43.1% (n=19, VRd in 17 and VTd in 2) of the patients. Response was assessed at the end of fourth cycle. Overall response rate was comparable in both groups, 88% in VCd versus 89.4% in Vd with an IMiD group (p=0.432). In VCd and Vd with an IMiD group, CR was observed in 52% (n=13) and 57.9% (n=11) patients, respectively. Disease remained stable in 6.8% (n=3) patients. Treatment was generally well tolerated. Comparative analyses of both treatment groups revealed that the frequency of peripheral neuropathy was significantly higher in Vd with an IMiD group (47.3% vs 8% p=0.03). Grade III/IV neuropathy observed in 15.7% (n=3) of the patients in Vd with an IMiD group vs none in VCd group. Grade III/IV cytopenias were more seen in VCd group then in Vd with an IMiD group (16% vs. 5.2% p=0.16).
Conclusion: The overall response rates were comparable in VCd and Vd with IMiD, with a better side effect profile seen with VCd regimen.

Multiple myeloma (MM) is a plasma cell dyscrasia that makes up 1% of all cancers and 10% of hematologic neoplasms.1 It is characterised by malignant proliferation of plasma cells in the bone marrow associated with the abnormal and excessive production of monoclonal immunoglobulin (M protein), which can either be its subclass IgG, IgA, IgD, IgE, and IgM or its light chain kappa and lambda in serum or urine.2 Survival outcomes have improved considerably from approximately 3 years to more than 10 years.3

This is chiefly attributed to advances in understanding of MM pathology leading to provision of improved and novel treatment options.4 Several new therapeutic options introduced for the treatment of MM during the past 2 decades include immune-modulatory drugs (IMiD) like thalidomide, lenalidomide, and pomalidomide; and proteasome inhibitors like bortezomib and carfilzomib.5 In particular, these drugs have been used as part of induction therapy prior to autologous stem cell transplant (ASCT) and as consolidation/maintenance after ASCT.6

Currently, 3-drug combinations are the standard of care for remission induction prior to ASCT. These include bortezomib, dexamethasone plus either an IMiD or cyclophosphamide or doxorubicin.7 In prospective Phase 2 and Phase 3 clinical trials, the most commonly used triplet regimens were bortezomib-thalidomide-dexamethasone (VTd), bortezomib-lenalidomide-dexamethasone (VRd), and bortezomib-cyclophosphamide-dexamethasone (VCd).  These have demonstrated high response rates and better depth of response preceding ASCT and longer progression free survival (PFS).8-10 When compared head-to-head in phase 2 and 3 trials, the results of these regimens are comparable.7,11,12 Immune approaches such as adoptive cellular therapies, vaccines, or antibody-based immune manipulations are the emerging paradigms in the treatment of MM.13 Yet, several recommendations of MM treatment cannot be implemented in underdeveloped countries due to financial concerns and availability of novel agents.5

To date, no comparative data regarding response to the bortezomib- based triplet regimens for remission induction in MM patients in Pakistan was available. This study aimed at determining the efficacy and safety of these regimens in patients of MM treated in this centre.

It was a retrospective analysis of bortezomib-based triplet regimens for remission induction in patients of MM who were treated at Armed Forces Bone Marrow Transplant Center/National Institute Of Blood And Marrow Diseases (AFBMTC/NIBMT), Rawalpindi after approval by the Institutional Review Board.

A total of 81 patients of MM were registered from January 2014 to December 2018. Inclusion criteria were cases of MM who were diagnosed as per IMWG criteria and received treatment with bortezomib-based triplet regimen either as first line therapy, i.e. in newly diagnosed or as second line therapy, i.e. in relapsed/refractory bortezomib naïve cases. Patients who received non-bortezomib-based therapy or bortezomib-based doublets therapy for remission induction were excluded from the study. Patients who were lost to follow-up before completion of treatment or those who received bortezomib-based induction therapy at some other centre and were later referred to AFBMTC/NIBMT for ASCT, were also excluded from the study. Based on these criteria, 44 patients were included in the final analysis. Data variables include age, sex, type of M protein band, ISS staging, induction regimen used, response to therapy, frequency and severity of treatment emergent adverse events (TEAEs).

Data was analysed in SPSS version 24.0.  Mean value ±SD was calculated for numerical variables, examined by independent sample t-test.  Frequencies and percentages were calculated for categorical variables. Chi-square test were used to test the proportion of the response rate and TEAEs between the two groups. The p-values less than 0.05 were regarded as significant. 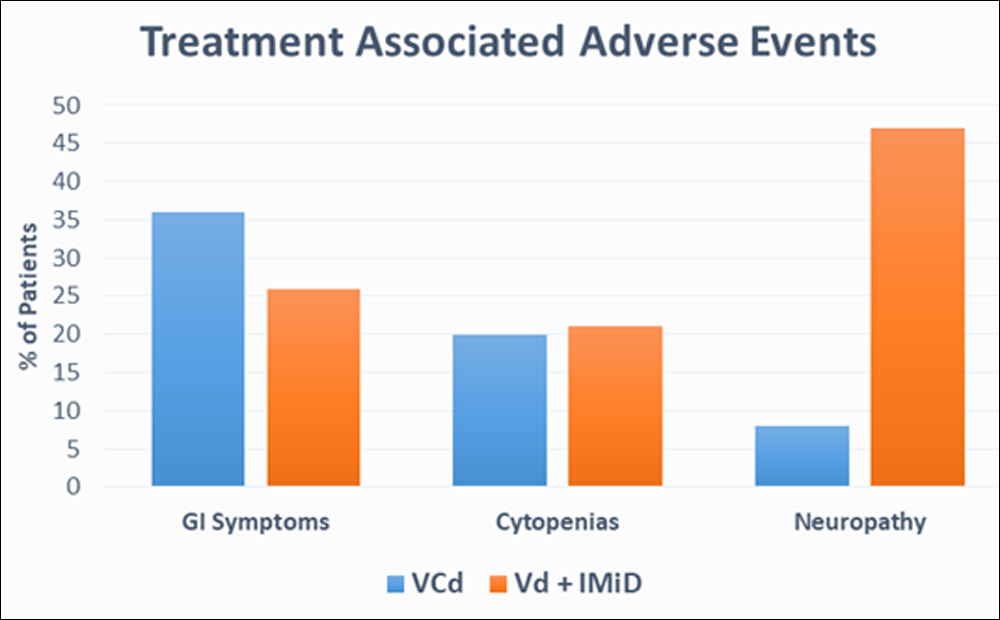 Table I: Baseline characteristics of the patients.

Diagnostic and therapeutic modalities in multiple myeloma are changing rapidly. The shifts that are occurring impact the management of these patients, from initial diagnosis through multiple relapses. The goal of induction treatment is to achieve the highest possible response rate and to avoid adverse events precluding intensive therapy and insufficient collection of stem cells in transplant eligible patients.7 Response to induction regimens must be optimized as the quality of response is an important prognostic factor and is predictive of PFS following ASCT.14 Bortezomib based triplet therapy including dexamethasone and either an IMiD or cyclophosphamide are most commonly administered regimens for transplant eligible as well as transplant ineligible patients.7-10,15 The results of the IFM 2005 - 01 Phase III trial which compared for the first time, the efficacy and the safety of a bortezomib-containing induction regimen with conventional chemotherapy including vincristine/doxorubicin/dexamethasone (VAD) and VAD + dexamethasone, cyclophosphamide, etoposide and cisplatin (DCEP) before autologous stem-cell transplantation in multiple myeloma (MM) patients concluded that the novel agent based induction therapy (bortezomib/dexamethasone) achieved higher complete remission (CR)/nearCR rates, as well as less treatment-related mortality. However, it had higher rates of polyneuropathy than the conventional chemotherapy based induction therapy.16 The addition of a third agent to Vd (eg, thalidomide [VTd], doxorubicin [PAD], lenalidomide [RVd], or cyclophosphamide results in improved response rates over the Vd combination alone.17 In a randomised phase 3 PETHEMA/GEM study, the median progression-free survival (PFS) was significantly longer with VTd (56.2 vs. 28.2 vs. 35.5 months, p = 0.01) and the post-ASCT CR rate was higher with VTd than with Td (46% vs 24%, p = 0.004).10 The UPFRONT and the PETHEMA trials comparing the efficacy of different bortezomib-based combinations have been unable to establish the superiority of one specific combination.18 Currently, different regimens are used interchangeably with different institutional preferences, as well as according to patients baseline characteristics, i.e. co-morbidities, renal functions at the time of diagnosis.

In this observational study, we performed a retrospective head to head comparative analysis of efficacy and safety of different bortezomib-based triplet regimens used for remission induction in patients of MM treated at the study center. Our study is in agreement with a comparative phase 2 trial (EVOLUTION) comparing bortezomib, dexamethasone, cyclophosphamide and lenalidomide with similar overall response rate between VCd and Vd with an IMiDs group.9 Our results are contrary to those reported by the IFM2013-04 trial which strongly confirms the significant and synergistic activity of an IMiD combined with bortezomib and dexamethasone. In IFM2013-04 trial, although CR rate was similar in 2 arms, the VGPR rate (the primary end point) was significantly higher in the VTd arm (66.3% vs 56.2%; p=0.05; difference 10.1%; 95% CI, 1% to 18%).7 While in this study, both CR and VGPR rates were comparable in two groups. In VCd group significantly higher rate of CR i.e. 52% vs 6% reported by Cavo et al.19 could be attributed not only to increase number of cycles (four vs. three) but also to increase dose of cyclophosphamide in each cycle (four doses of 300mg/m2 per cycle vs two doses of 500mg/m2 per cycle) used in our study. In this study, the frequently used IMiDs was Lenalidomide rather than thalidomide and this was in accordance with an integrated analysis of randomized control trial evaluating the VRd or VTd induction in MM. It concluded that VRd had a significantly higher VGPR rate than VTd when 6 cycles of each treatment were compared in transplant eligible newly diagnosed MM patients. This supported the favorable benefit-risk profile with VRd over VTd.12 Previous phase II and III comparative analysis of bortezomib based regimen only included newly diagnosed cases of MM, but in this study were included both the newly diagnosed and relapsed/refractory bortezomib naïve patients of MM. Six out of nine patients in RRMM group had received thalidomide with dexamethasone as first line therapy.  One patient received lenalidomide with dexamethasone and two received VAD as first line therapy. Overall response rate was similar 88.8% as compared with those who received bortezomib based regimens as first line therapy thus emphasising the central role of proteasome inhibitors in triplet regimens being used for remission induction in multiple myeloma.

The main limitations of this study were that consolidation and maintenance treatment was not analysed and the data for PFS or OS was not collected.

The safety profile of different regimens used in this study was also interpreted. Overall VCd was better tolerated in these patient population and incidence of adverse events was more in Vd with an IMiD group. Among the frequently observed side effects, grade III/IV peripheral neuropathy (PN) was more associated with Vd with an IMiD group (15.7%) than VCd group in which no grade III/IV PN was noted. Pathophysiological and molecular mechanisms underlying PN induced by the concurrent use of these novel agents are mostly unknown.20 While maintaining the quality of response rate, one of the reason to switch thalidomide to lenalidomide in triplet regimen is to reduce peripheral neuropathy.7 Frequency of PN was similar to that previously described in large phase 3 trials (10% to 35%) in which bortezomib was administrated IV biweekly and not sub-cutaneous.10,20, 21 Although sub-cutaneous bortezomib was preferable to IV preparation,22 in our study only 9 out of total 41 patients and two out of three patients who developed grade III/IV PN received IV bortezomib probably because of non-availability of SC bortezomib at that time. Although a large Italian trial that investigated VTD induction followed by ASCT reported that PN was reversible in the majority of patients, i.e in the VTD group, 88% of PN completely resolved within 73 days and 94% improved to at least grade 1 within a median time of 78.5 days, PN can be irreversible and may impair the quality of life of a patient.20 Therefore, it is an important issue while selecting the specific induction regimen for MM.

The comparison of different bortezomib-based triplet regimens showed that overall response rates were comparable in VCd and Vd with IMiD, with a better side effect profile seen with VCd regimen. Selection of remission induction regimen should, therefore, be based on patient’s performance status, comorbidities and tolerance to drug side effects.